Can Physiotherapy Cure Slip-Disc? Why Integrative Method Is Best?

Learn Why Physiotherapy Alone Will NOT Cure Your Slip-Disc Symptoms? 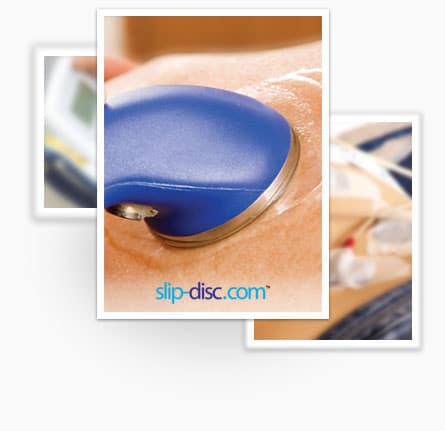 Non-surgical slip-disc cures and treatments are possible only when you receive accurate, targeted treatments from an expert clinical team.

While general chiropractic or physiotherapy treatments can decrease the severity of pain, it does little regarding repairing or retracting your slip-disc. For complete recovery and retraction, you will need more than just physiotherapy or chiropractic. In fact, even the combined services of chiropractors and physiotherapists under one roof are not enough unless the care they give you is based on sound research and backed with excellent means and technology. In other words, chiropractors or physiotherapists need specialized machines and advanced skills to repair and retract a slipped disc.

Chiropractic Specialty Center’s slipped-disc therapy system serves as an excellent model as they have succeeded when others have failed. Their care system utilizes specialized physiotherapy methods, systems, and technologies that are enhanced with Chiropractic for better results.

On the other hand, the combined efforts of research-based chiropractors, clinical physiotherapists, targeted rehabilitation, and advanced technology have provided undeniable proof through pre and post-therapy MRI sessions. Non-surgical treatments of a Slip-disc are best through the efforts of a collaborative team targeting the damaged disc. The best and most advanced slip-disc technology is spinal decompression therapy. 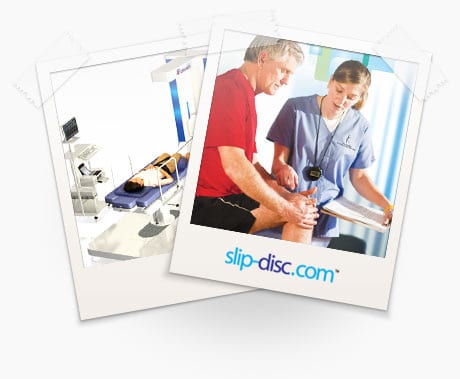 The best slip-disc treatment incorporates clinical research-based methods that address the actual cause. The first step is an accurate diagnosis that identifies the cause and all the co-conditions often present in a slipped disc. Physiotherapy fails when provided as a stand-alone treatment because it cannot target all issues comprehensively. The vast majority of physiotherapy centers concentrate their efforts on muscles relaxation and strengthening programs. Muscle weakness, spasms, tightening are common, but they are the least issues a slipped disc patient has. Nerve root compression, spinal cord compression, joint misalignments, inflammatory processes in spinal discs and spinal joints, and degenerative changes are difficult to treat through physiotherapy alone.

To be fair, chiropractic alone also fails to cure slip-disc. Chiropractors concentrate their efforts on the proper alignment of spinal joints. Spinal joint misalignments are called subluxations. Subluxation is not the cause of your slip-disc. But, slip-disc will lead to subluxation. In short, the efforts of most chiropractors are often limited as it only deals with a singular aspect of a slipped disc. So, chiropractic and physiotherapy as standalone methods of care have failed. However, when Physiotherapy is combined with Chiropractic care, specialized spinal rehabilitation, and a sound spinal decompression therapy system, the results are almost magical. And that is the reason why we tret you through chiropractic, physiotherapy, and targeted rehabilitation that are backed by breakthrough slip-disc technology.

In essence, physiotherapy and chiropractic are incapable of retracting a slip-disc without a proper Spinal Decompression Therapy device such as the RxDecom®.

Treatments on the RxDecom® (genuine Spinal Decompression Device) are the most important step in your recovery. The type of spinal decompression therapy device is critical to improvements. Some centers advertise traction devices as spinal decompression units. These centers will never be able to reverse or correct your slip-disc. Even if they were to deploy the best chiropractors and physiotherapists, their clinical efforts would ultimately fail. In short, the most critical point in treating a slip-disc is not just the clinical acumen of a physiotherapist or that of a chiropractor. Still, the devices and technologies they utilize in combination with their clinical efforts. It is difficult to treat a Slip-disc effectively, but it becomes mission impossible if the center lacks proper therapy technology. The best of technologies for a slip-disc is a TRUE Spinal Decompression Therapy device.

RxDecom® is the Best Physiotherapy and Chiropractic Device for Slip-Disc

Devices other than the four listed above are traction units. It is just that simple. Regardless of what they may claim, traction is an old and antiquated technology lacking the technology, software, programs, and sensors needed to decompress and retract a slipped disc. In other words, don’t expect them to repair or retract your slip-disc. You may feel better, but that will be temporary, and in time the pain will come back. The best spinal decompression therapy device is the RxDecom®. The technologies and software used in the RxDecom® are superior to the rest. Physiotherapists and Chiropractors have accomplished clinical successes that would have been possible had it not been for the RxDecom®.

Contact one of our centers today for holistic and customized integrative slip disc treatments that combine evidence-based methods of physiotherapy and chiropractic.